The Rotary Clock on the corner of Regent's Square is a column of fluted aluminium in brushed silver grey and yellow. The clock itself is in a gear shaped housing based on the Rotary symbol. It's current livery was installed in 2016 after the clock was moved from it's previous location outside the Memorial Hall.

The project was designed and implemented by a talented team of local Rotarians: David Herring, Rod Green, Chris Ashley, and John Watts. The intricate design of chamfered aluminium box section was "a bit of a jigsaw puzzle".

The construction phase of the project may be seen at The Rotary Club of George Town website. 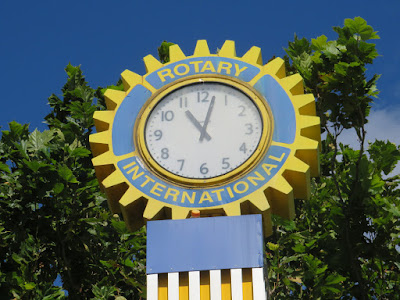 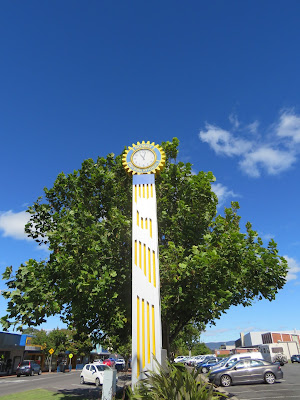 The original clock project was in 1971-72 and was instigated by Lionel Miller... 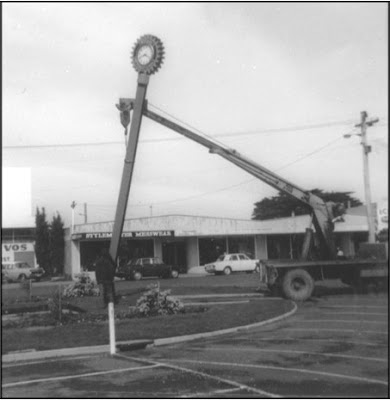 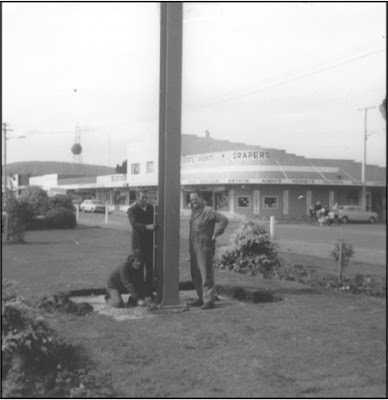 As can be seen in these photos the original clock was held aloft by a plain steel I-beam.